The story behind the painting;
Dr Jim Bennett tells the story of Einstein’s Blackboard
https://youtu.be/ByXHaNBqi3E
Over the years I’ve completed a variety of paintings, one of my subjects has been the study and paintings of Albert Einstein.
While searching through the internet, I came across a photo of Einstein’s famous Blackboard which is situated in the Oxford science museum, I thought now there’s an interesting subject for me a painting of “professor Einstein lecturing cosmology on this day of May 16 1931 from this iconic blackboard.”
First of all I tried to capture his appearance to get what I thought would be a likeness of Einstein at the age of 52 in 1931, after sifting through various photographs of Einstein from around that period of time and with many corrections & adjustments,
Three years on, I came up with the following painting;
Einstein’s Iconic Blackboard:- University Oxford UK,1931 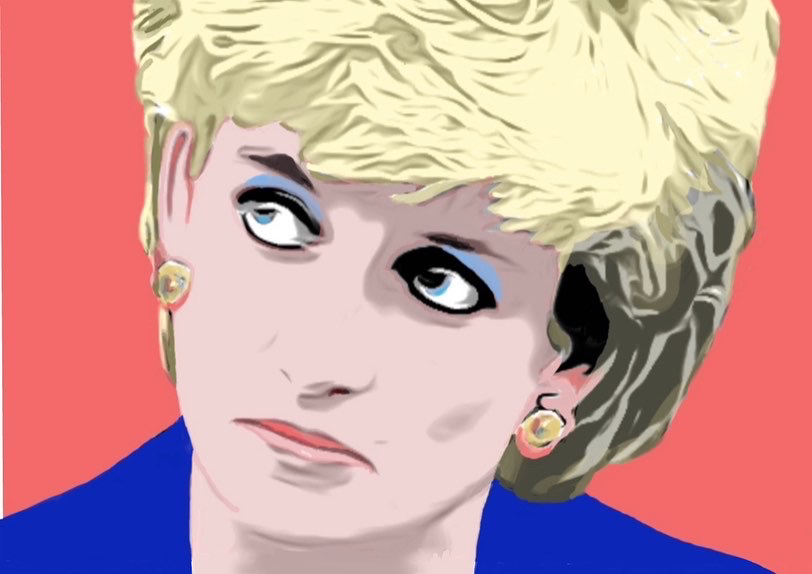 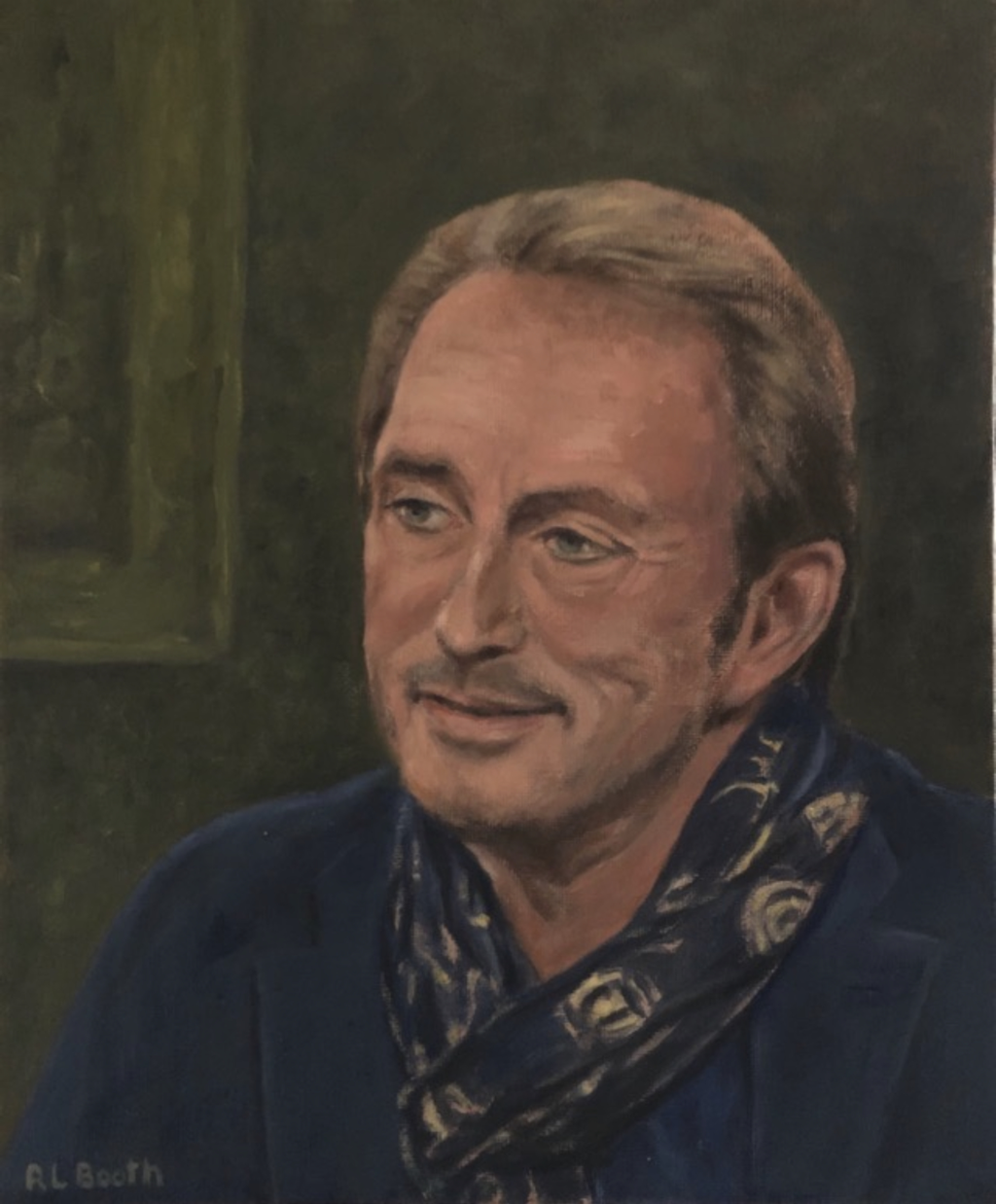 Portrait of Albert Einstein with his beloved violin. Oil on canvas board size 16”x12” by Robert Lewis Booth 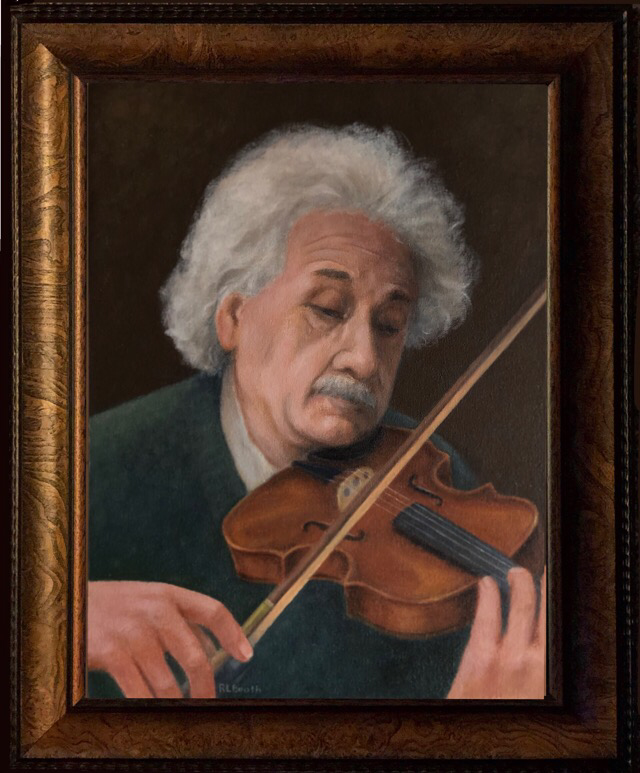 Einstein Quotes;
“If I were not a physicist, I would probably be a musician. I often think in music. I live my daydreams in music. I see my life in terms of music ... I cannot tell if I would have done any creative work of importance in music, but I do know that I get most joy in life out of my violin.”
Portrait of
Professor Albert Einstein  1879-1955
By Robert Lewis Booth 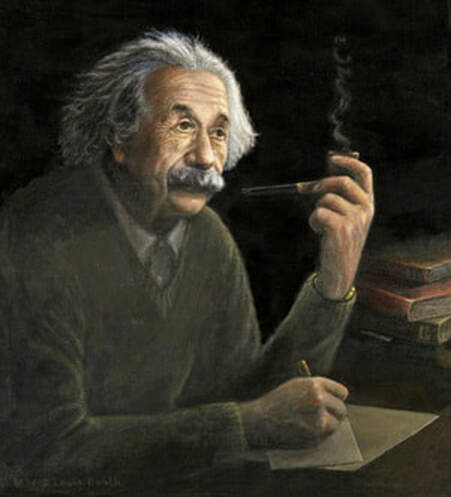 Title:-"Imagination is more important than knowledge."
Can you see it painted in his pipe smoke     E = mc2 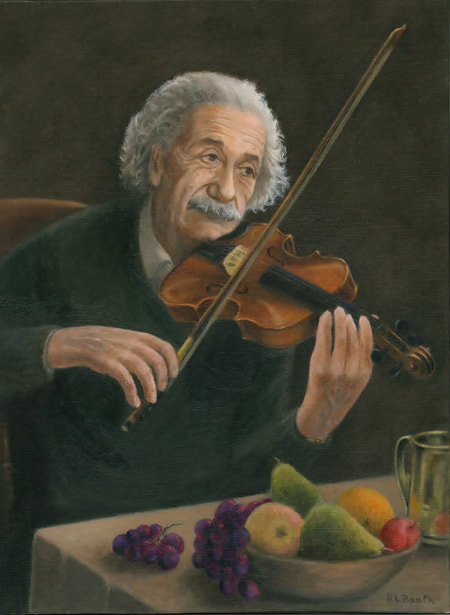 A table, a chair, a bowl of fruit and a violin; what else does a man need
to be happy?

Portrait of Albert Einstein on a plate 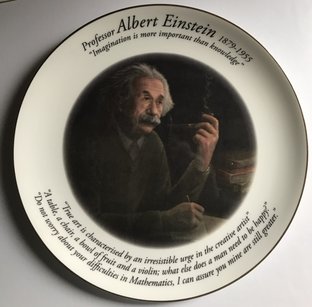 Process
A digital portrait image is produced from the original oil painting of Albert Einstein and together with text is transferred onto a English fine bone china plate (size: 10.5”inches, 27cm nominal) and kiln fired at 840 deg C. 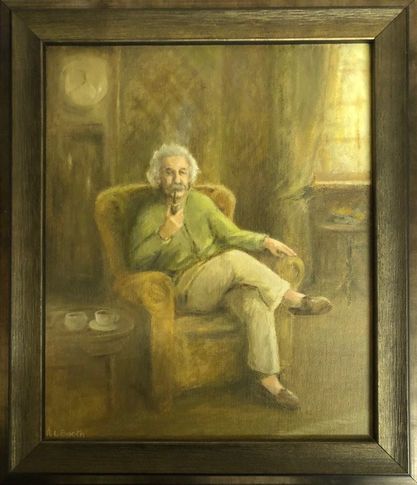 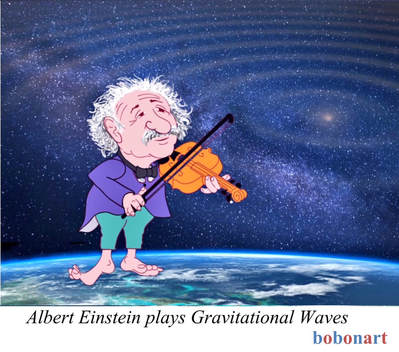 Albert Einstein predicted the existence of gravitational waves in 1916 in his general theory of relativity. 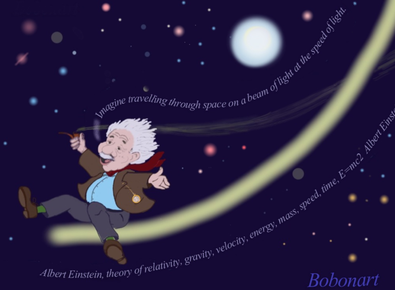 The speed of light in a vacuum is exactly 299,792,458 metres per second.
Light reaches all objects from all directions at the same speed, regardless of
their motion.    Even if you travel at 240,000 metres/second, light approaches
you head-on at the same speed it reaches you from behind.  So, regardless of
the speed of light sources and receivers, light always travels at the same
speed.    It also follows that light has no concept of time, because (to light)
all distances are zero, and therefore it would perceive that it reaches its
destination instantaneously.    It was this thinking which led Einstein to his
theories of relativity.
Albert Einstein was born March 14th 1879 in Ulm, Württemberg, Germany. His parents were secular, middle-class Jews. He died on April 18, 1955 at Princeton, New Jersey.

Albert Einstein the German-born American physicist and Nobel laureate,  probably one of the most popular figures of all times. He is considered a genius because he created the Theory of Relativity, and so, challenged Newton’s laws, that were the basis of everything known in physics until the beginning of the 20th century. 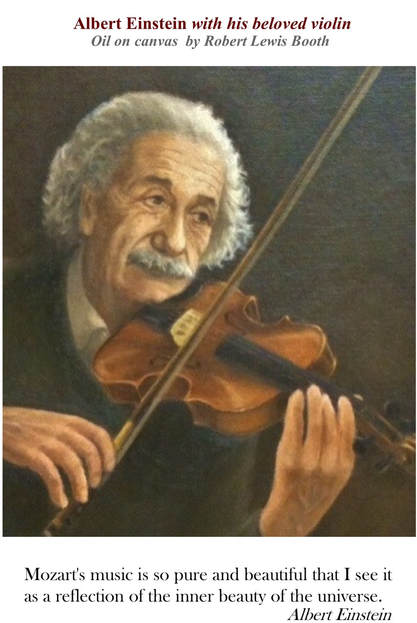 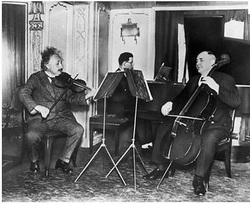 “Imagination is more important than knowledge."

"Peace cannot be kept by force. It can only be achieved by understanding."

"A table, a chair, a bowl of fruit and a violin; what else does a man need to be happy?"

"Do not worry about your difficulties in Mathematics. I can assure you mine are still greater." 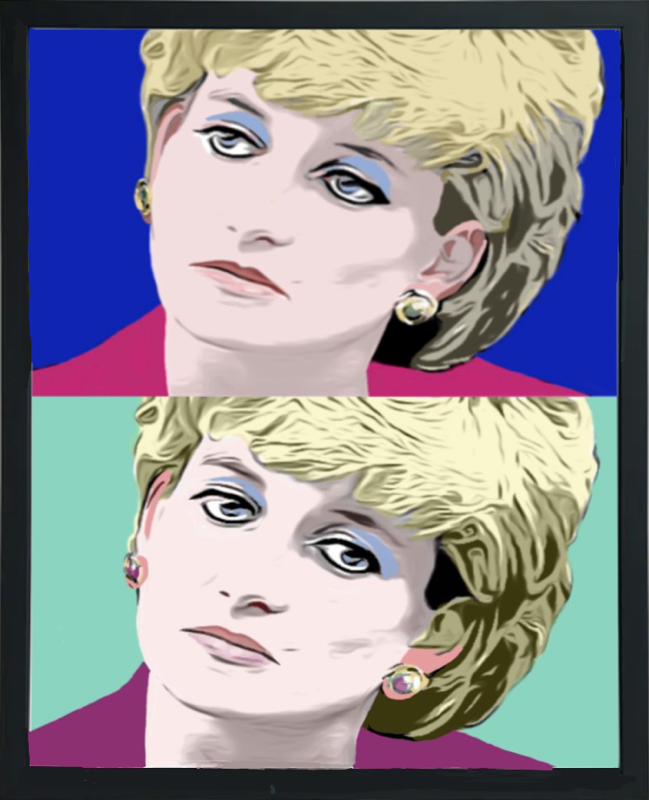 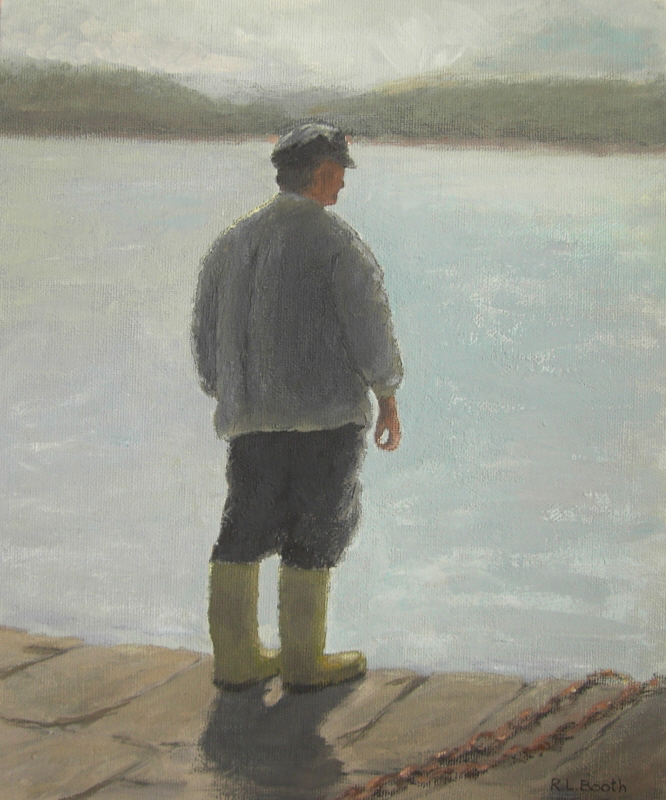 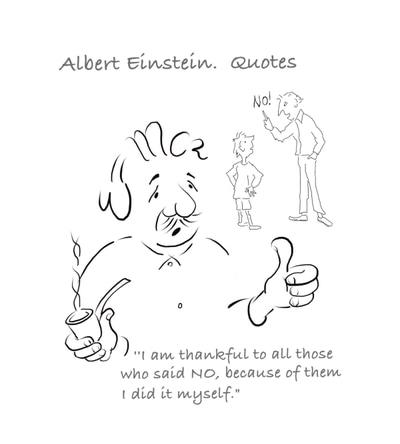 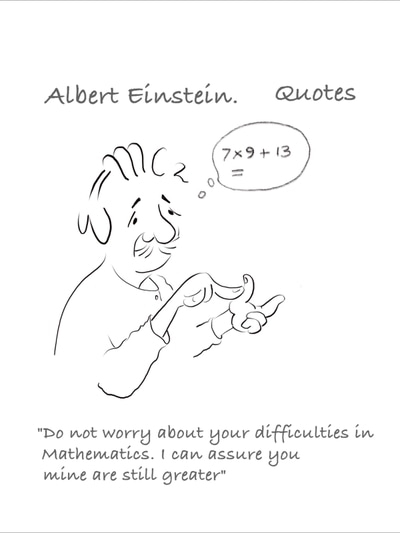 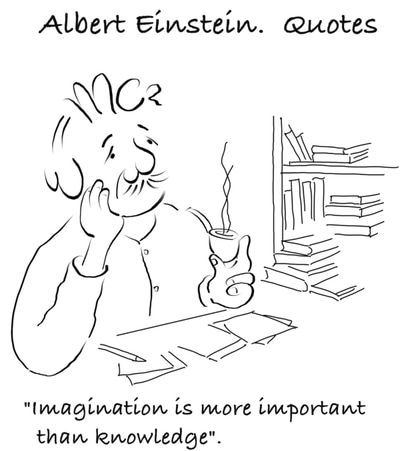 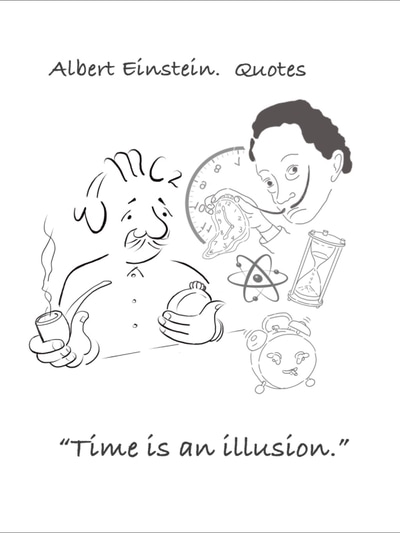 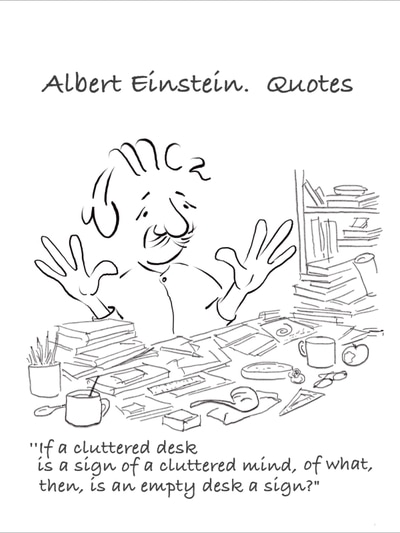 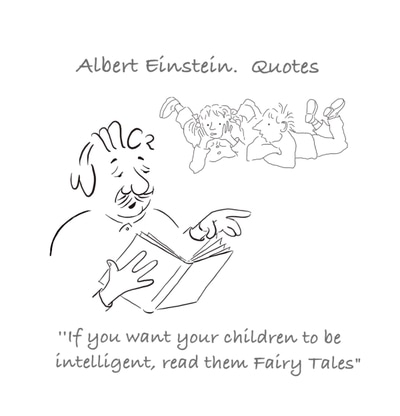 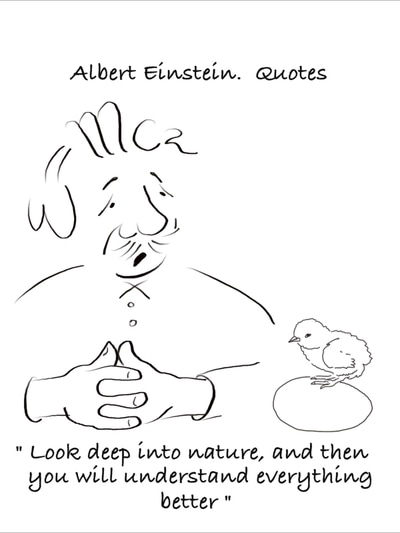 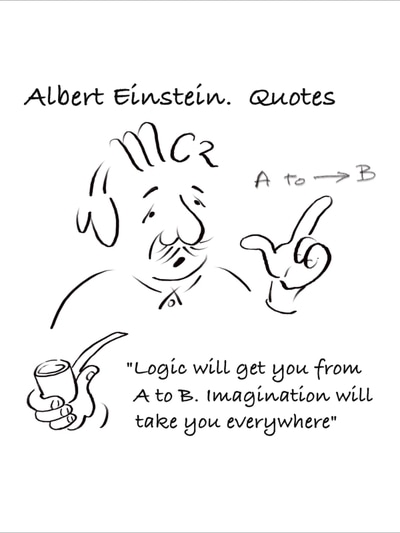 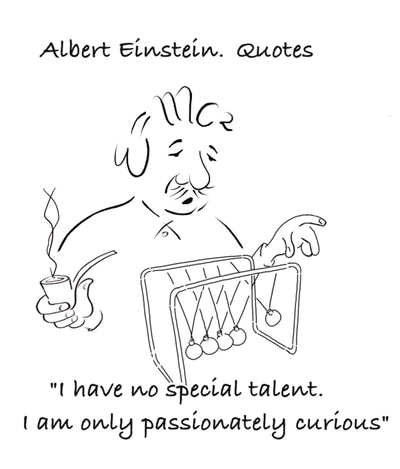 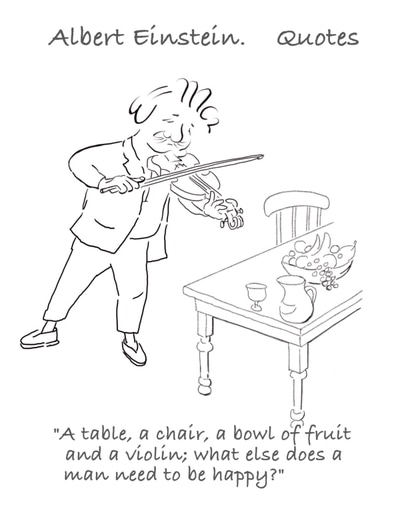 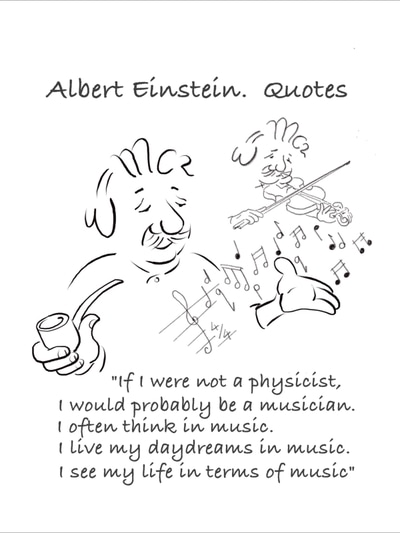 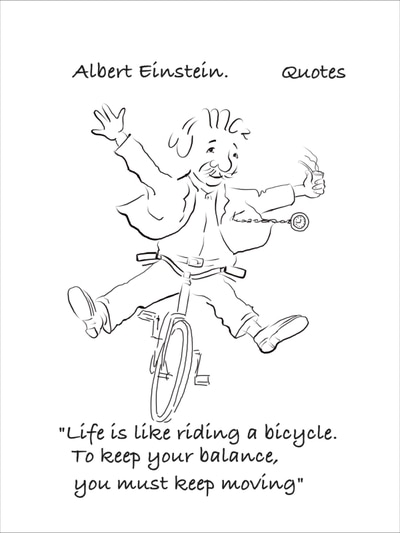 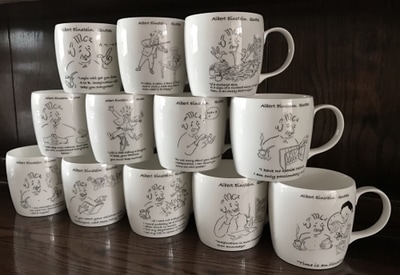 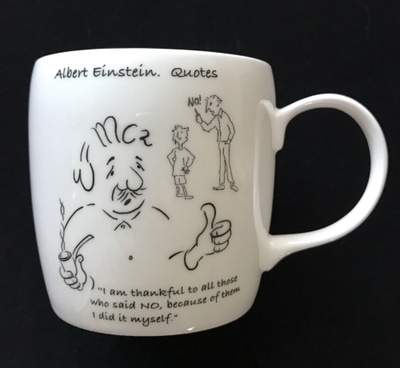 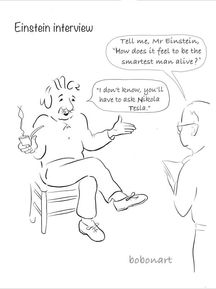