Putting the Potteries back in the frame 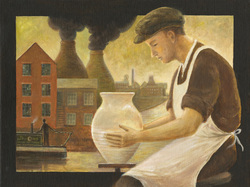 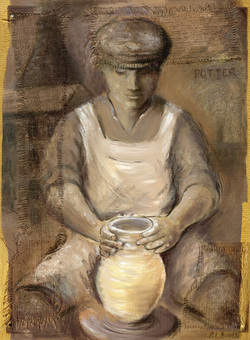 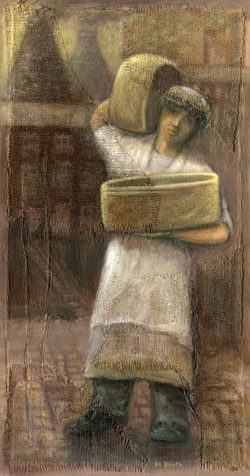 Saggars were made in various shapes and sizes to the correct specifications required, this was a very heavy and skilled job undertaken by the saggar maker himself, the name “Saggar maker’s bottom knocker” was the term used for making the base of the saggar, which was knocked into shape using a large type of mallet usually carried out by a less skilled worker.

The ware was placed into the saggars which were used to hold and protect pottery; during kiln firing as many as 2000 saggars at a time were stacked on top of each other in the bottleneck ovens. 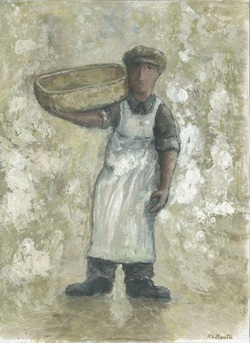