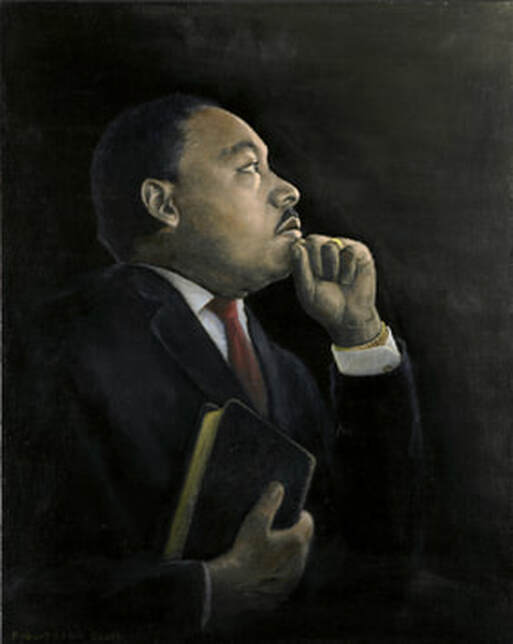 “I have a dream today”
I have a dream that one day this nation will rise up and live out the true meaning of its creed: "We hold these truths to be self-evident: that all men are created equal."

Dr Martin Luther King Jr,
Born, Michael King Jr on January 15, 1929, his name was changed after his father
the then Michael King Senior attended the Fifth Baptist World Alliance Congress
Back in 1934. He was one of 10 Baptist ministers who traveled first to the Holy Land and then to Germany. It was there that Rev. Michael King Senior "discovered" the medieval German monk Martin Luther (1483-1546) the Father of Reformation.
Rev Martin Luther King Senior, inspired by the rebel priest and his teachings
and with his struggle for freedom, decided to not only change his own name, but
also of his (then) five year old son.

Martin Luther King, Jr. American clergyman, activist and prominent leader in the American civil rights movement. His main legacy was to secure progress on civil rights in the United States and he is frequently referenced as a human rights icon today.
A Baptist minister, King became a civil rights activist early in his career. He
led the Montgomery Bus Boycott (1955–6) and helped found the Southern Christian
Leadership Conference (1957), serving as its first president. His efforts led to
the 1963 March on Washington for Jobs and Freedom, where King delivered his
“I Have a Dream”
speech. There, he raised public consciousness of the civil rights movement and
established himself as one of the greatest orators in U.S. history.
In 1964, King became the youngest person to receive the Nobel Peace Prize for his
work to end racial segregation and racial discrimination through civil
disobedience and other non-violent means. By the time of his death in 1968, he
had refocused his efforts on ending poverty and opposing the Vietnam War, both
from a religious perspective.
Martin Luther King was assassinated on April 4, 1968, in Memphis, Tennessee. He was posthumously awarded the Presidential Medal of Freedom in 1977 and Congressional Gold Medal in 2004; Martin Luther King, Jr. Day was established as a U.S. national holiday in 1986